Busquedad, Nov. 2013
From unconventional spaces nine artists investigate , create and exhibit their work in a neighborhood full of tanneries in the city of Guadalajara, Mexico . Busquedad is an original production Magdalena Bocanegra who created this project based on the neccesity to build art where people feel that their enviroment is not suitable for the Arts . “When I was researching I found a lady from the neighborhood that told me that art is not for the poor… I say that art is for everyone” 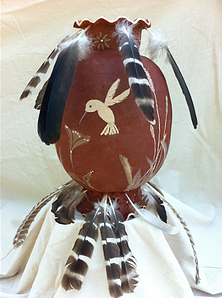 The Piñata Dance Collective is an international group of artists and educators who are committed to sustainability in the arts through performances, education, environmental justice and community outreach. It has formed as a personal celebration of my mixed race Chicana heritage, a response to the ending cycle of the 2012 Mayan Synchronometer and as a revolutionary dance for healing the personal and collective spirit culture and ecology through the arts.

MobileInTent is an ongoing creative production of Ann Schnake and other artists who push boundaries between art and ideas. In this exhibition Ann Schnake’s sculptural works are activated by conversations and travels, and built into an original performance piece under the direction of Ursula Maria Berzborn of Theater Grotest Maru / Kunsthaus KuLe, Berlin, with Victor Figueroa Infante / Marlet Torres Martínez of la compañía de artes vivas A L A R I E T E. Photography and video by Robert Gomez Hernandez, with work by José Inerzia, Adriana Trujillo, Jim Platel and Rolf Zoellner.